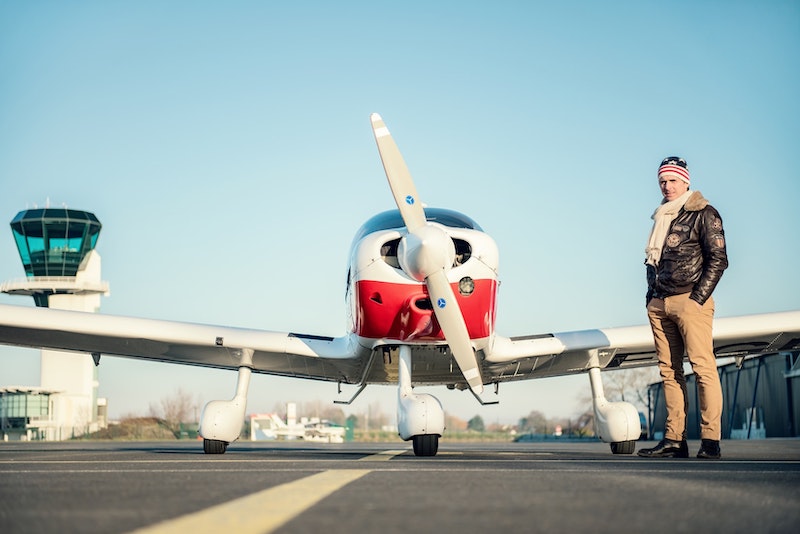 For many, becoming a flight instructor is a dream job - a coveted stepping stone on the path to becoming a commercial airline pilot. For others, getting paid to fly exists as a hobby, a cheaper way to fuel their aviation passion. Regardless of the motives behind the dream, getting paid to fly provides an excellent source of personal and financial satisfaction.

There has never been a better time to begin a career in aviation. Flight instructors are in high demand. Boeing announced its 20-year aviation jobs forecasts at EAA AirVenture, forecasting the need for over 600,000 new pilots between now and 2037. Boeing is also forecasting the doubling of commercial airlines’ fleets as air travel demand continues to grow.

For many pilots, becoming a flight instructor is not their “terminal” career ambition. Many aspiring aviators dream of flying corporate jets or wide-bodies for a major air carrier. But, what do corporate and airline captains have in common? Many took the path of a CFI for their first pilot jobs.

As many aviation jobs require at least 1,500 hours of total flight time, less experienced pilots are faced with the challenge of building hours. And, working as a CFI is among the most common and fastest ways to build flight time.

How much flight time can a CFI expect each month?

Flight instructors at busy flight schools can expect to fly 100+ hours per month, or over 1,000 hours each year. Finding a busy flight school is attractive for prospective instructors, as those with airline ambitions can reach the magic “1,500 total time” mark in their first year.

For pilots eager to quickly build flight time, finding a busy school is critical. Focus on Part 141 schools (Learn the Difference Between Part 141 and Part 61) in fair-weather states, such as Florida, Texas, and Texas. Part 141 schools tend to be busier than their Part 61 counterparts, and some support training international students. When building flight time fast is the goal, good weather and a large candidate pool helps.

Of course, some instructors may not have the option of relocating for instructor opportunities, only want to work part time, or simply wish to remain close to home. The amount of flight time these CFIs are able to acquire depends heavily on the local market and weather. One instructor may be able to knock out 70 hours each month all summer long, only to find himself starving for flight time come January.

To answer the original question, “how much can you expect to fly” - it varies quite a bit. If you’re worried about building time quickly or making ends meet while instructing, be sure you gather as much information as possible before signing on at a flight school.

Earn your CFII and MEI

As anyone who has built the initial 250 hour minimum total flight time to earn a commercial rating can attest, building flight time isn’t cheap. But, the flight instructor shortage can work in your favor - as of July 2019, some CFI jobs only require a CFI - they will provide additional CFII and MEI training at a reduced cost or for free. Any opportunity to continue enhancing one’s aeronautical decision making is an opportunity worth pursuing. That is even more true if a financial investment isn’t required.

Still on the fence as to whether or not reduced cost (or free) CFII/MEI training is worth pursuing? CFII and MEI flight instructors generally earn more than their CFI counterparts. Added bonus - airlines look favorably upon instrument and multi-engine flight time. Who can’t get behind short term financial gains with long term career benefits?

How to Become a Certified Flight Instructor (CFI) 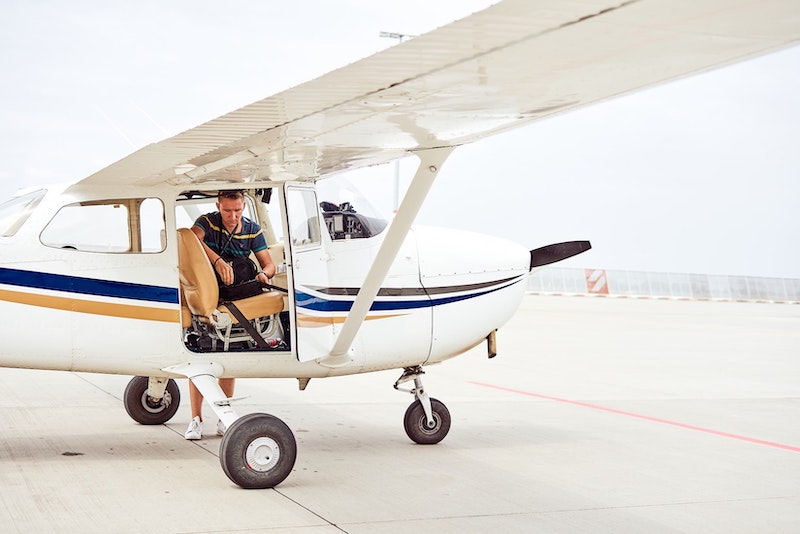 Depending on one’s existing aviation background, becoming a flight instructor can appear a time consuming and expensive process. To be perfectly candid - this is true. It takes time, money, and discipline to become a FAA Certified Flight Instructor. And for good reasons - flight instructors are responsible for ensuring new private pilots have the skills to safely operate aircraft in a variety of situations. Instrument and multi-engine flight instructors shoulder even more responsibility than the standard CFI. This isn’t a job to take lightly. Aside from time, money, discipline, and (ideally)an interest in providing hands-on education, becoming a flight instructor is as simple as following these steps:

Do any of the following profiles align with your personal situation?

Are you planning to balance family life and an existing full-time job with your flight training?

If you’re serious about becoming a flight instructor you’ll benefit from a nearby school offering affordable training.

Are you ready to dive in head first, eager to become an instructor as quickly as possible?

Do you have a GI Bill?

Knock out a bachelor degree and become a flight instructor at the same time. You may want to consider professional pilot degree courses. These allow students to build flight time while fulfilling their undergraduate degree requirements.

Earning a Private Pilot Certificate is the first step in becoming a flight instructor. The private pilot certification allows pilots to operate aircraft under visual flight rules, weather conditions allowing the aircraft to be operated solely by reference to outside visual cues (such as the horizon, buildings, and terrain).

The FAA generally requires those pursuing private pilot certification to have a minimum of 40 flight hours. Though, most students end up needing somewhere between 50-60 hours when training part time.

Students training full time may be able to complete the private pilot certificate with a flight time closer to the published minimums. The frequency of one’s training plays a role in skill retention, with more training improving efficiency. Student pilots should aim for training at least 1 day a week and ideally 2-3.

Depending on local aircraft availability and gas prices, student pilots can expect to spend between $8,000 and $12,000 on their private pilot certification. The price depends heavily on the student’s training frequency and the local general aviation market.

Obtaining the instrument rating is an important step in working towards one’s CFI. And, aside from being an important stepping stone on the aviation journey, an instrument rating is pragmatic. It improves aeronautical decision making and enhances a pilot’s ability to safely act as pilot-in-command regardless of meteorological conditions. As an added bonus, instrument rated pilots can operate aircraft when the skies are overcast, which allows for more efficient conduction of subsequent time building and flight training.

Truth be told, you can technically skip this rating if your only goal is to become a flight instructor. But… don’t - most flight schools expect their instructors to hold instrument ratings, and it dramatically improves a pilot’s ability to safely operate.

A commercial rating allows pilots to be compensated for flying. It is a critical step in becoming a certified flight instructor. But, it also allows pilots to work in other capacities, such as tour pilots, glider pilots, or sky diving jump pilots.

This rating requires a minimum of 250 hours of total flight time. At least 100 hours of the flight time need to be in powered aircraft (Tip: Glider Time Counts). 100 hours also need to be while acting as pilot-in-command. There are a few additional requirements, but there isn’t too much to be concerned about. Pilots that have made it through their private pilot and instrument ratings should be able to learn the skills necessary to obtain their commercial sign off.

This is a fun rating. Pilots can expect to build time chasing “$100 burgers” and flying cross country to unique airports. Pilots should relish in the freedom this piece of their aviation journey presents.

Pilots working towards their CFI should also practice orating their actions aloud on the flight deck. This tip will improve designing lesson plans and is early practice for the CFI checkride.

Like other ratings, flight-instructors-to-be can expect to take written exams. Before the checkride, pilots need to prepare lessons and practice instructing. And by practice - you should practice. Find a non-pilot friend, significant other, or pet and teach them how to fly a plane. Sure, it sounds silly now. But, you’ll be glad you took the time to practicing explaining these complex topics come the checkride.

Speaking of checkrides, this one can be grueling. Some say this is the most difficult of their careers. Don’t skimp on your preparation, dress appropriately, and remain professional at all times. This is a major life milestone. With study and practice you’ll do fine.

How long does it take to become a flight instructor? 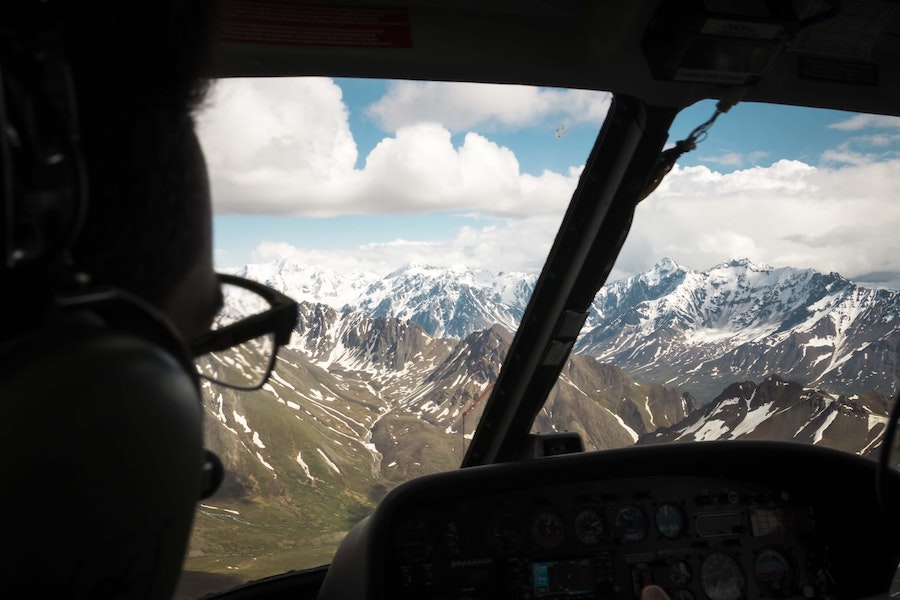 How much do Flight Instructors get Paid? 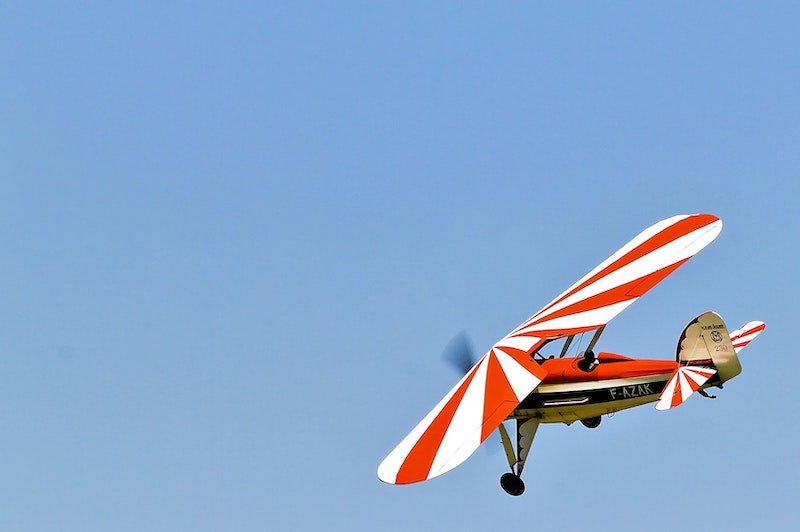