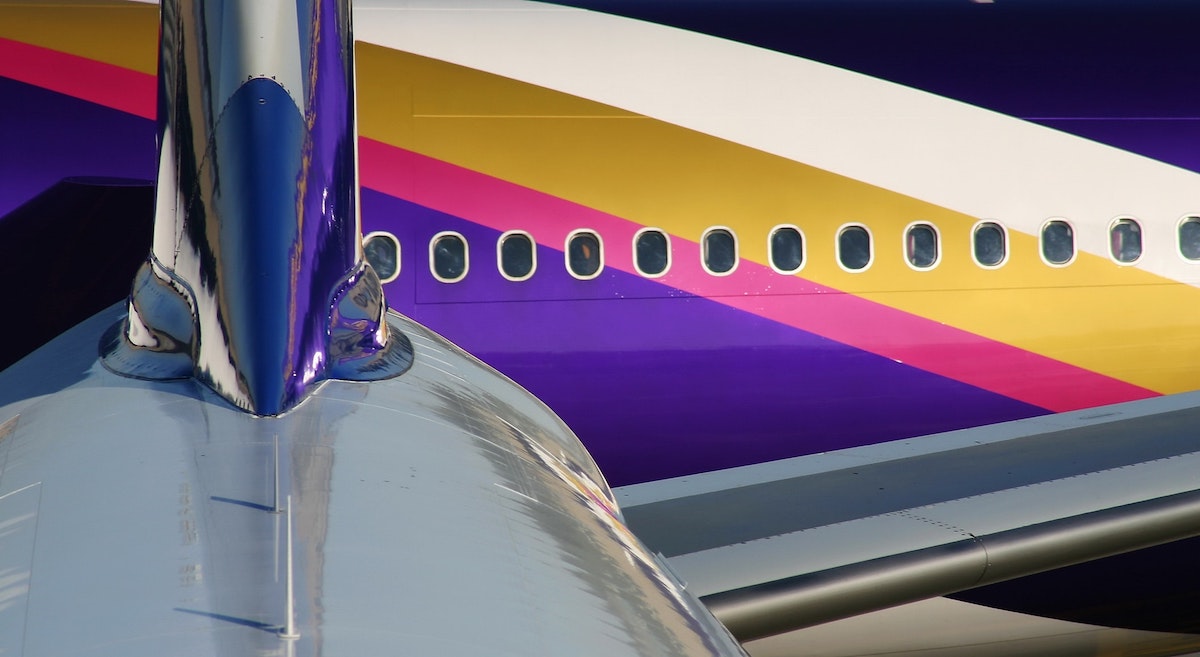 A passion for flight drives many to aviation careers. But at the end of the day, a paycheck matters. Learn how much pilots make working for different types of airlines and operations.

How much do commercial pilots make?

Commercial pilots make an average of $82,240 per year, according to the Bureau of Labor Statistics.

Not bad, especially for doing something your passionate about. But, pilot salaries vary considerably based on the type of flying and the pilot's experience. The BLS data skims the surface of what you can earn as a commercial pilot. Keep reading to learn what pilots actually make doing different types of flying at various companies. 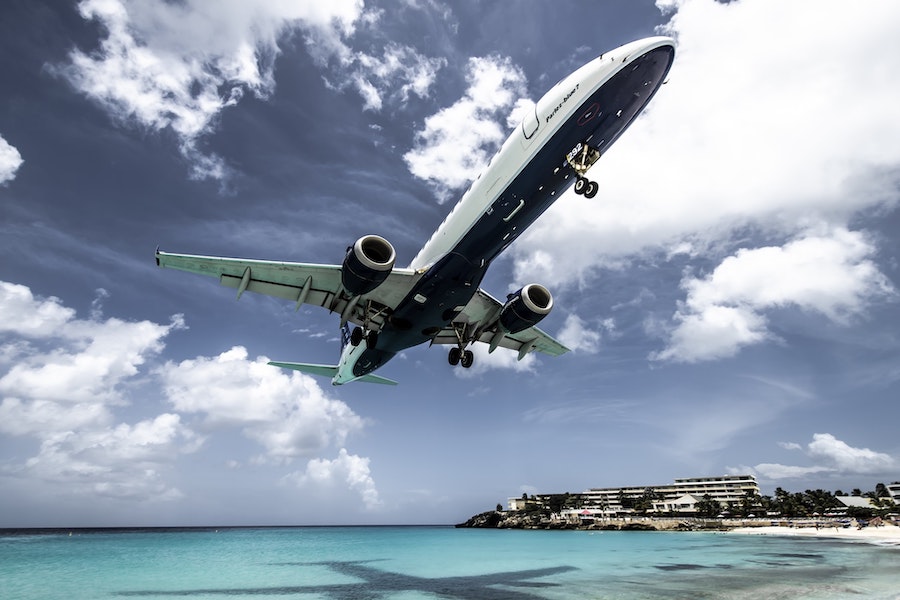 You've heard of each Major Airline - they're household names. Those fortunate enough to fly for these behemoths of the aviation industry see among the highest airline pilot salaries.

We're focusing on base pilot pay today, but rest assured benefits bring the total compensation package at the majors much higher. Many even offer 401k match rates unheard of in other industries, with many matching 10%+ of the employee's contribution.

First officer's pilot salary at major airlines varies between $50,000 - $80,000 during their first year. First officer generally see a considerable salary jump during their second year of service, with many breaking six-figures.

Captain pilot pay ranges widely at major airlines. Less experienced captain's pay varies by air carrier, but expect between $100,000 - $200,000. At some airlines, captain pilot pay grows to that of doctors and lawyers, or nearly $300,000. 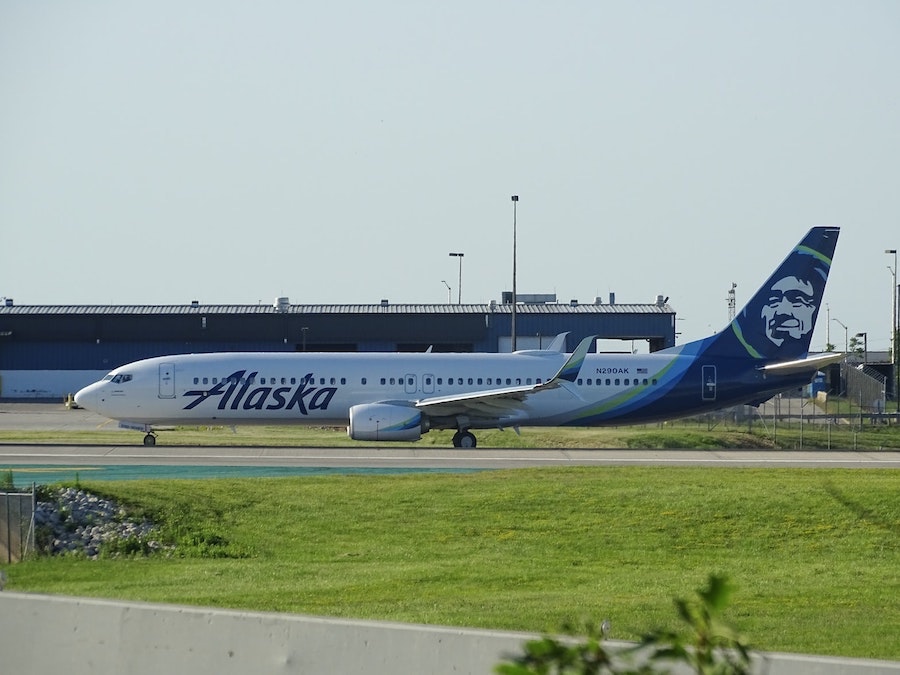 As pilots gain experience, they'll eventually make the jump from the right seat to the left, upgrading to captain status in the process. 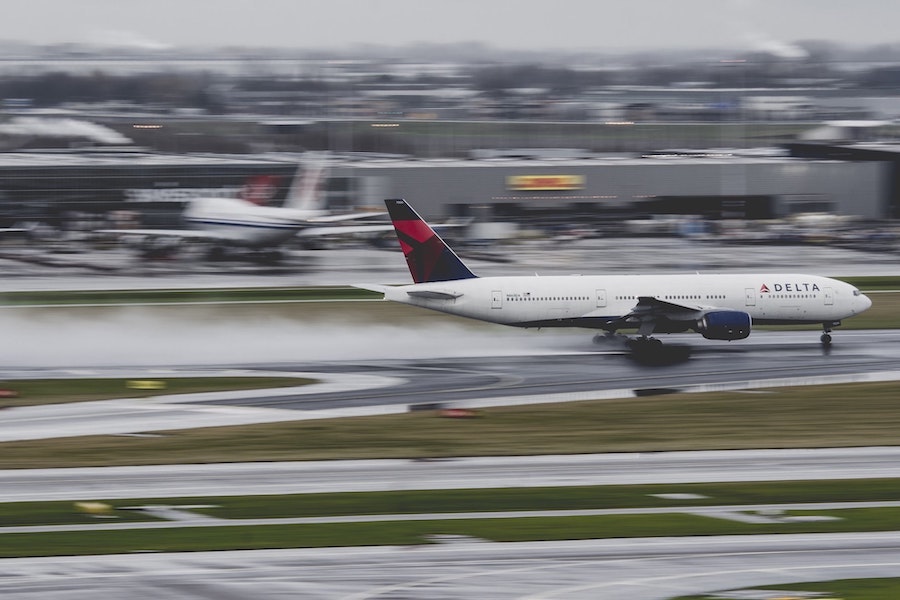 First officers at Delta airlines may not make as much as those at Alaska Airlines, but their pay isn't shabby. Delta's co-pilot pay is between $70,000 - $80,000 during their first year. Second year pay varies quite a bit based on aircraft type. First officers can expect to earn between $95,000 - $125,000 during their second year. They'll also see raises for every subsequent year of service.

Delta captain's salaries are much higher than first officer's - they pay captains the "big bucks." Depending on the aircraft type assigned, Delta Captains can expect to make between $180,000 - $250,000. Senior Delta wide-body captains earn even more, with some pulling down $300k or more annually. 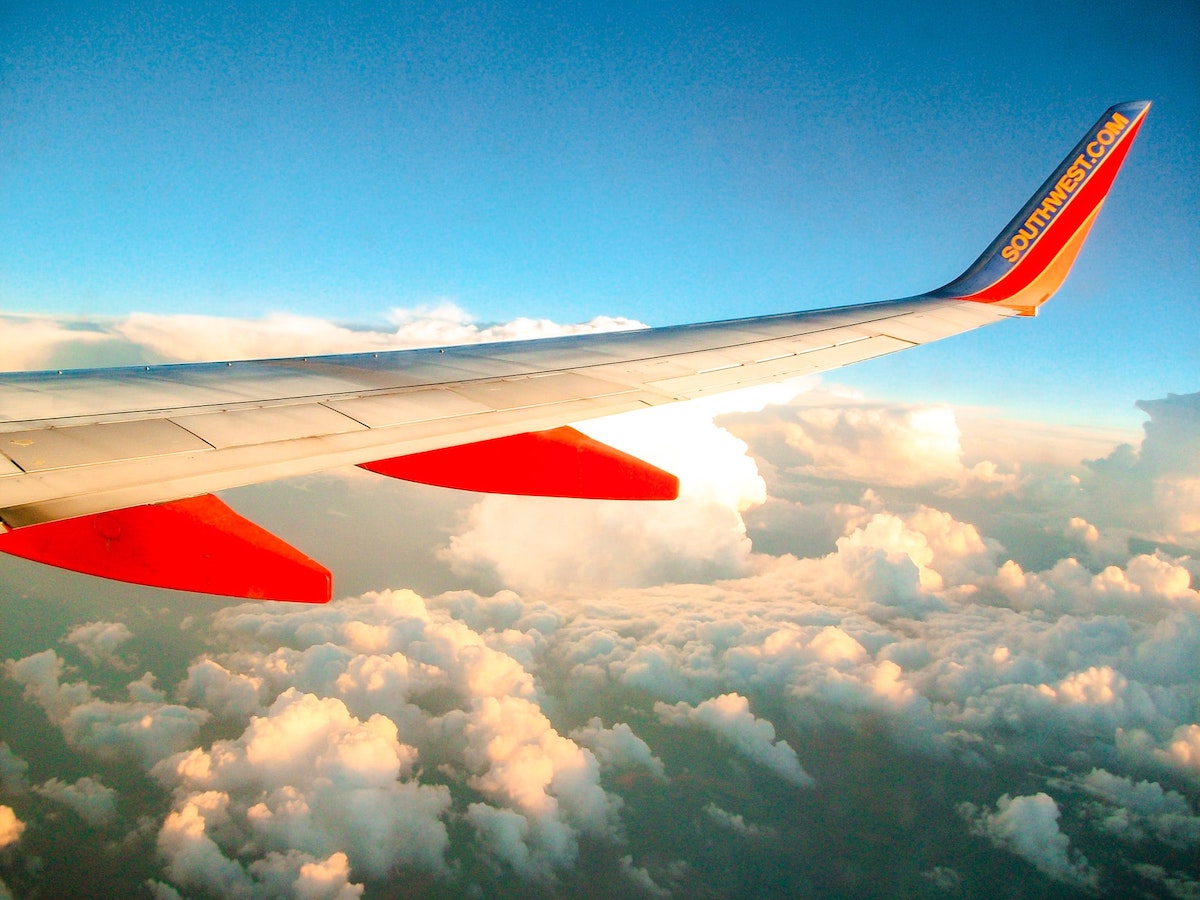 Southwest Airlines pilot pay varies less than competitors, because Southwest flies one type of aircraft, the Boeing 737. This differentiated benefits the company's operational costs and simplifies their pilot compensation.

When Southwest first officers move to the left seat captain, they can expect a handsome salary between $220,000 - $240,000. Southwest Airline captains salaries continue to grow with their years of experience, topping out around $300,000 per year. 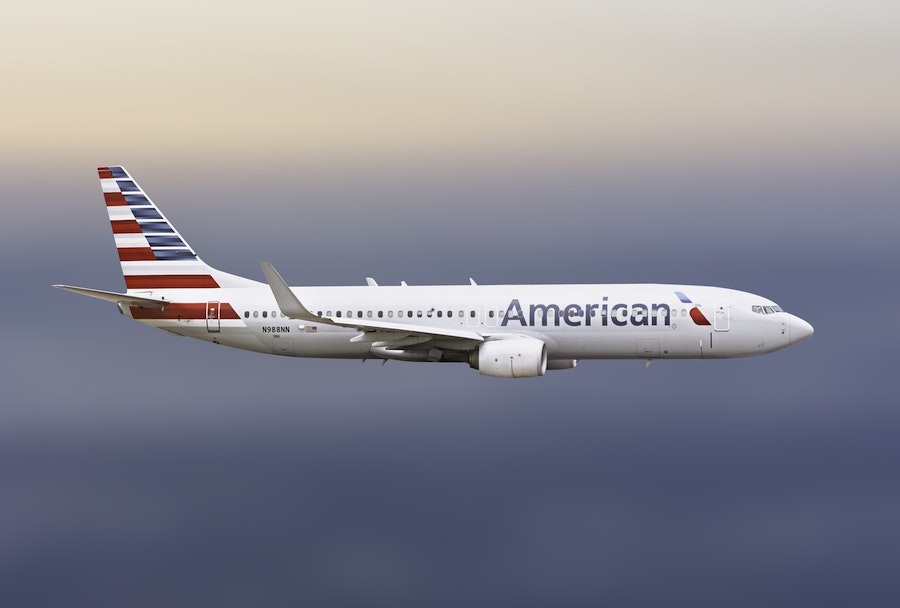 American Airline captain pay varies widely, even during the first few years in the left seat. Captain pilot salaries range from ~$150k on the low end to as high as $250k. This wide range of pay varies primarily on the type of aircraft flown. 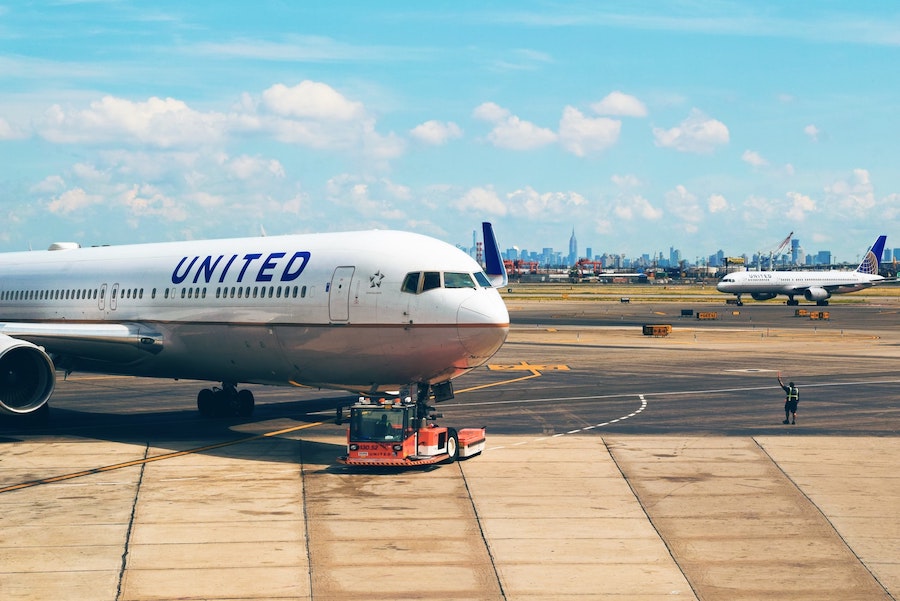 United Airlines pilot pay varies widely based on the aircraft type. Expect captains at United to make at least $200,000 - $250,000 during their first few years in the left seat of the flight deck. 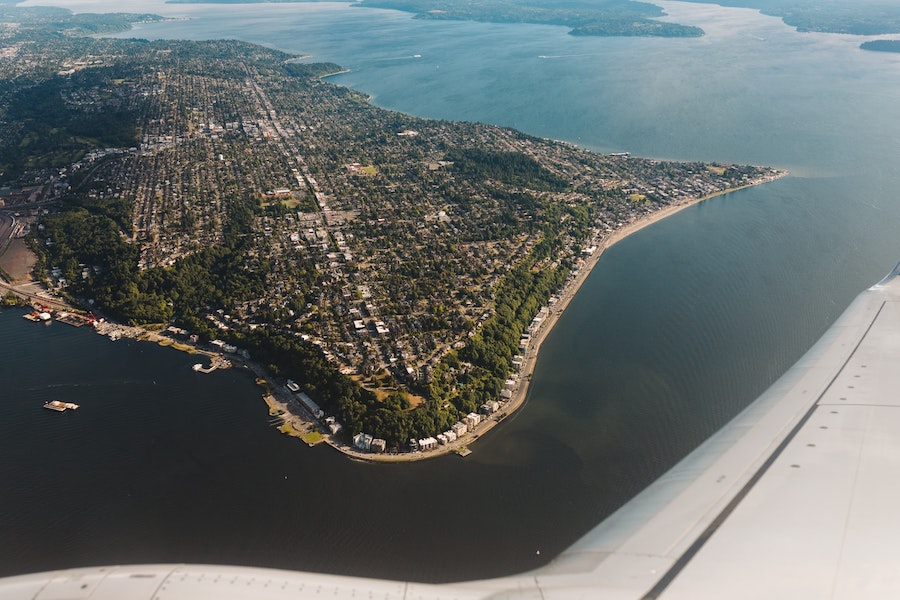 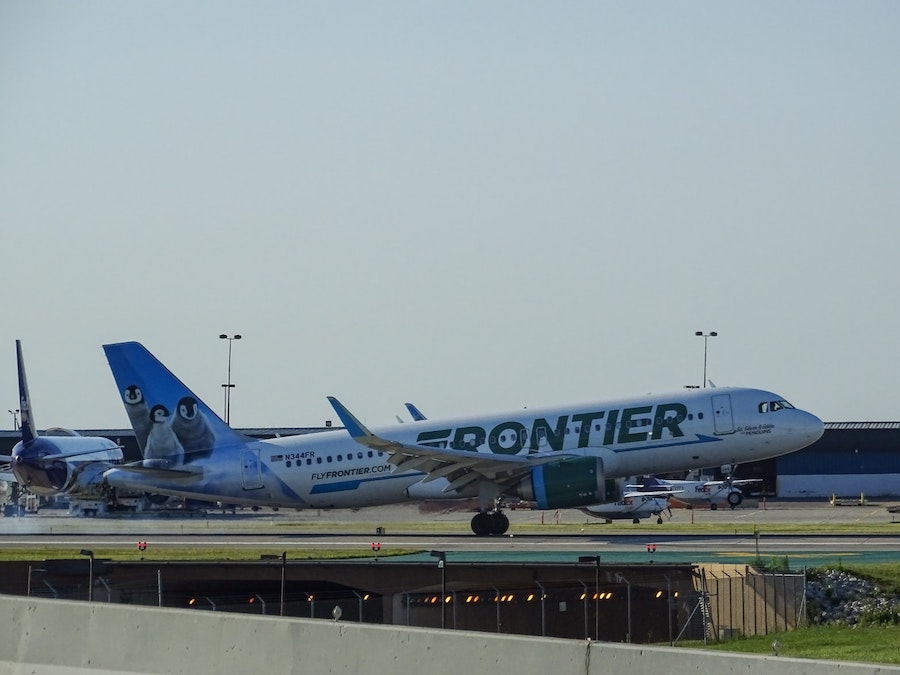 Frontier Airlines, a budget carrier, differs from other in the industry when it comes to pilot pay - they pay their pilots a flat pay regardless of the aircraft type being flown.

First officer pilot salaries at Frontier range from $50,000 - $65,000. Some pilots break the six figure threshold of copilot pay during their second year in the right seat.

Fronter Airlines captain pay is much higher, with most see between $160,000 - $180,000 during their first few years in the left seat. Like other airlines, senior pilots make more - often with total compensation well in excess of $200,000. 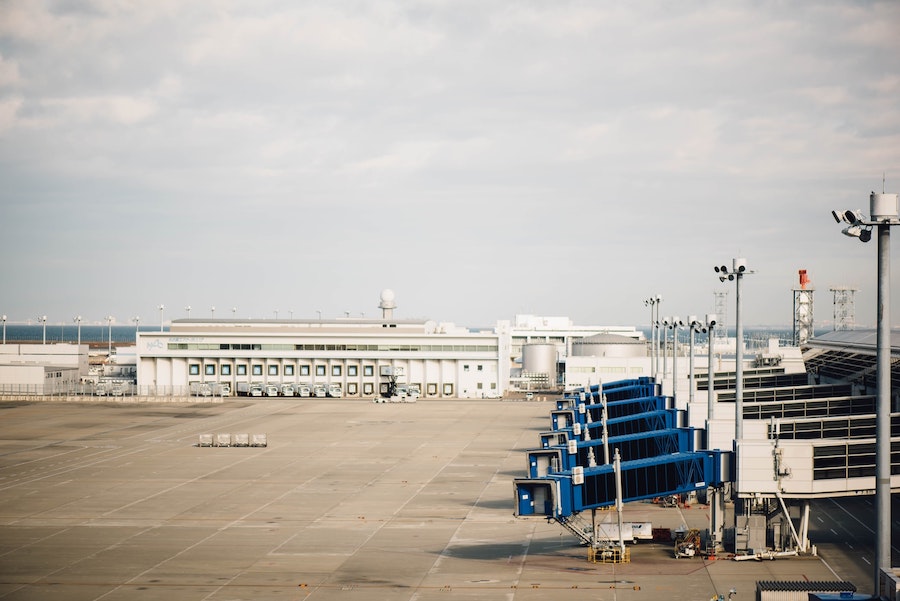 Spirit Airlines pays first officers similarly to Frontier. Spirit's first officer pay is around $50,000. Though, with some hustle some first officers may break closer to $60,000. Thing get better after the first year in the right seat, with copilot pay growing to between $90,000 - $120,000. 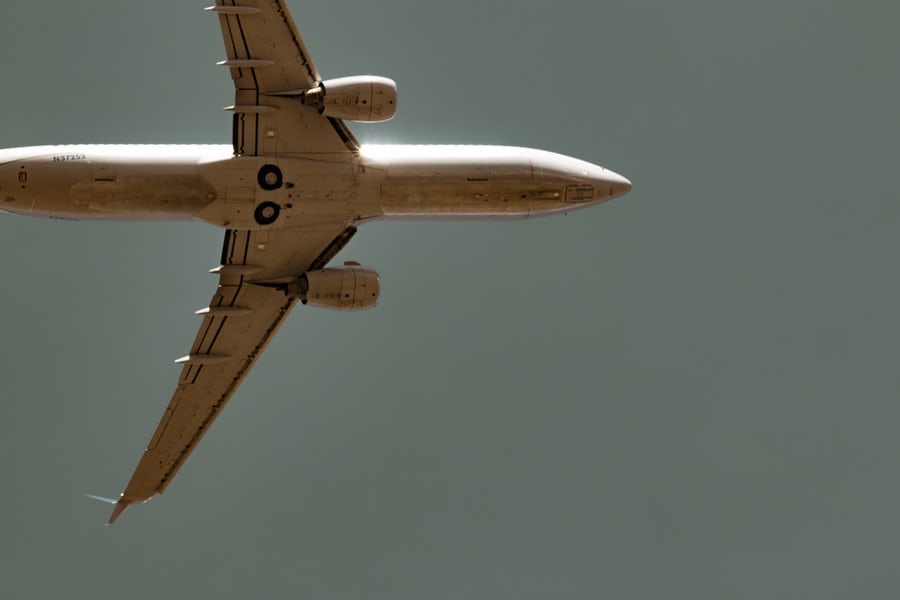 Captain pilot pay at Allegiant Air ranges widely based on the number of years spent flying in the left seat. Their captains expect to earn more as they gain experience, with most making between $130,000 - $190,000. 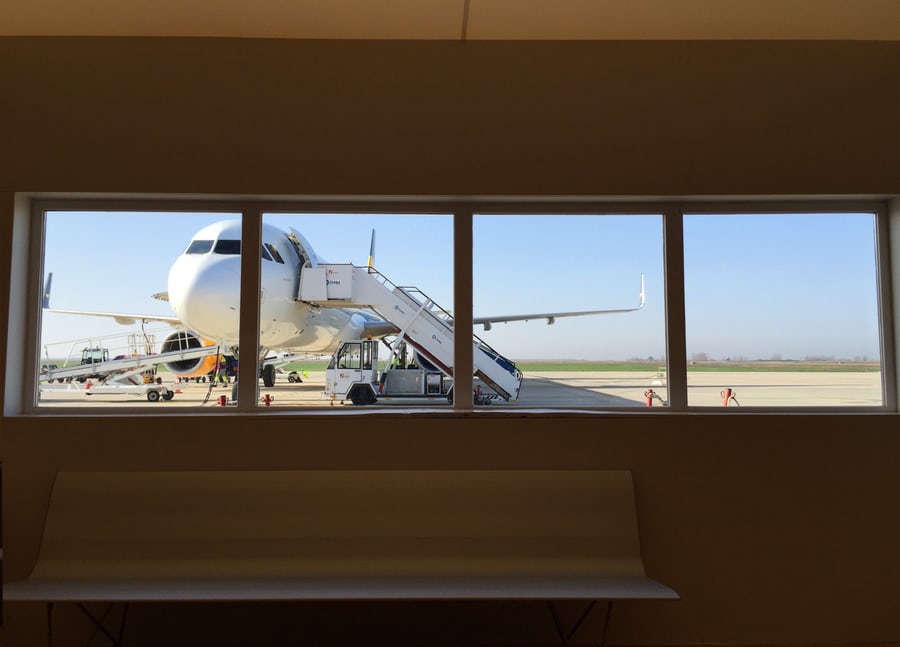 For all the time, money, and energy spent training to become a commercial pilot, regional airline salaries appear low. But, every pilot has to start somewhere. Most pilots at major airlines have at least one or two regionals one their resume.

With so many regional airlines in the United States, we won't bore you with a complete list of pilot salaries for each. Instead, we highlight some of the most popular regional airlines that are currently hiring pilots with a fresh ATP certificate. 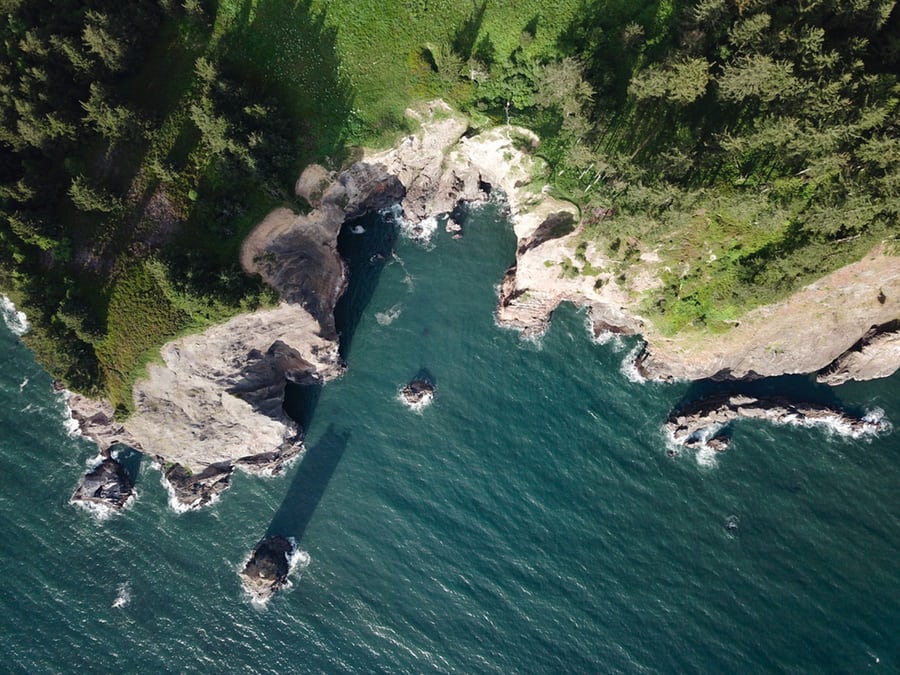 After hard earned flight time in the right seat, first officers upgrading to the captain's chair can expect to earn comfortable pay between $60,000 - $70,000. 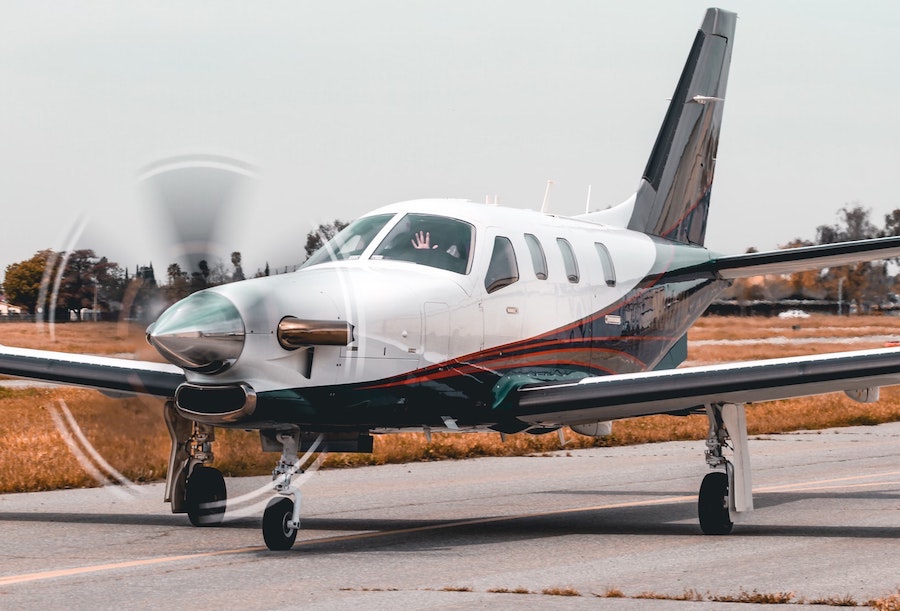 Air Wisconsin's pilot pay is increasing with demand for skilled aviators. Although their first officers can expect a starting salary around $35,000, they're currently offering competitive starting bonus totaling over $55,000. Their pilots can expect to earn $260,000 - $317,000 during their first three years with the airline. 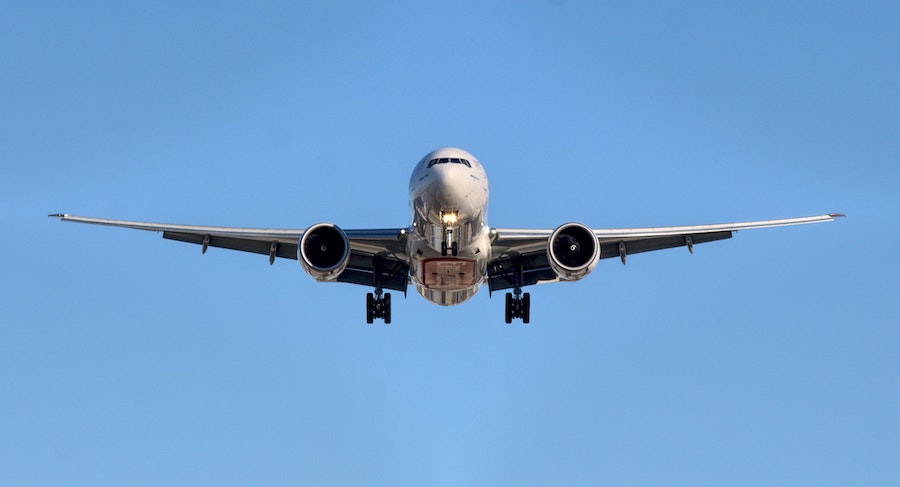 Year three captain pilot pay jumps to a handsome $96.49 per flight hour for a base pay of around $87,000. With other compensation potential included, Endeavor Air pilots can expect to break into the six figures. 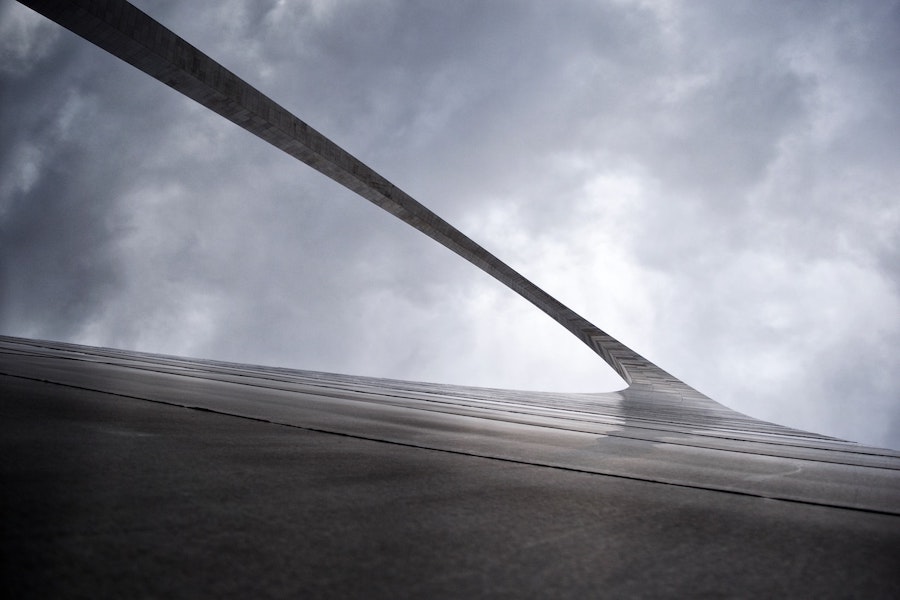 GoJet cites their first officer starting pay at a guaranteed $34,000 per year. First officers earn a small raise during each subsequent year in the right seat, but it isn't anything to write home about. Fortunately, GoJet airlines is expanding their fleet and growing quickly. Their first officers quickly upgrade to the captain seat.

The captain pilot salary at GoJet improves upon the first officer's pay. GoJet guarantees their captains around $63,000 per year as of this writing. 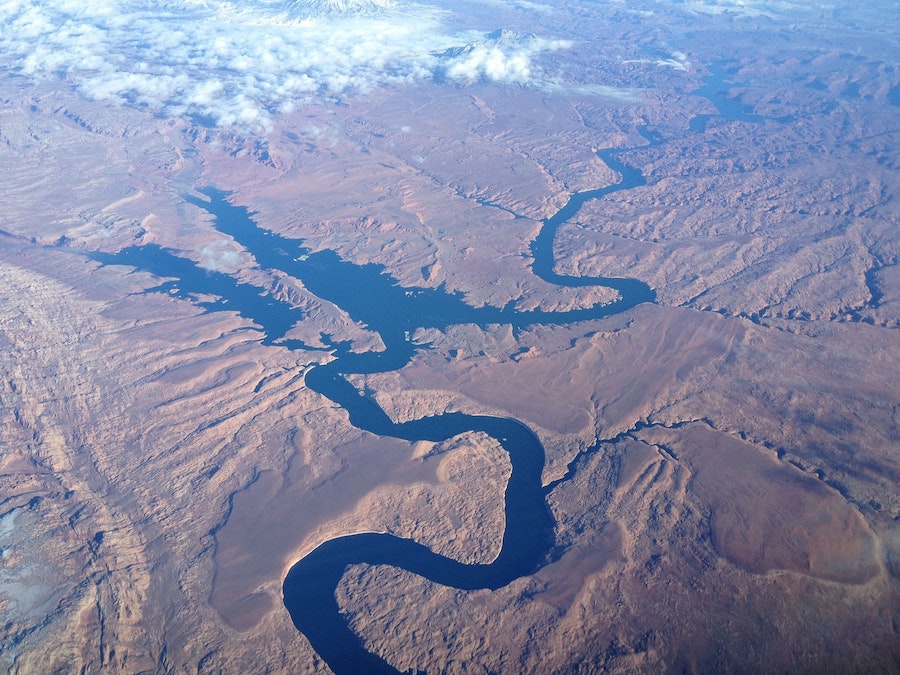 Do you dream of getting paid to see the world and fly jets across oceans? International pilots are among the few pilots afforded the luxury of a scheduled cosmopolitan lifestyle. Some senior pilots flying international routes may fly only a few trips per month, given the time it takes to cross the Pacific and Atlantic oceans. While many of the above air carriers fly international routes, Emirates and Cathay Pacific are the two most prominent providers of international pilot jobs.

Although Emirates has total flight time minimums higher than than of many regional and legacy US airlines, flying on the otherside of the world is a great way to explore new places. And, you'll likely have the chance to make it back to the United States from time-to-time. Emirates flies to numerous major US cities, such as Seattle, San Francisco, LA, Dallas, New York, and Miami.

Living across the world comes with other perks. Emirates pilots are often provided free housing in company condos and enjoy upwards of 42 vacation days per year. 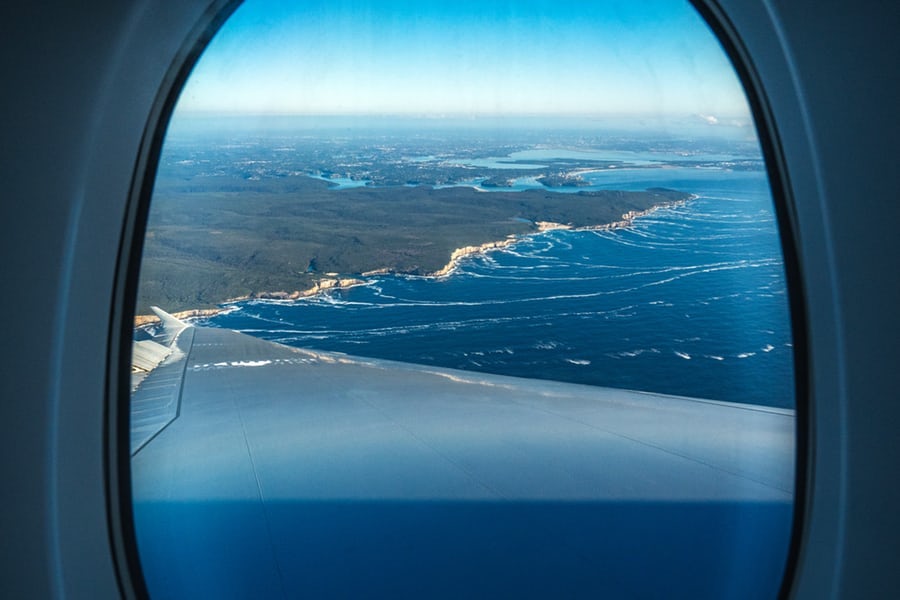 Cathay Pacific captains earn a cool $130,000 - $180,000 depending upon years of experience and the number of hours flown per year. 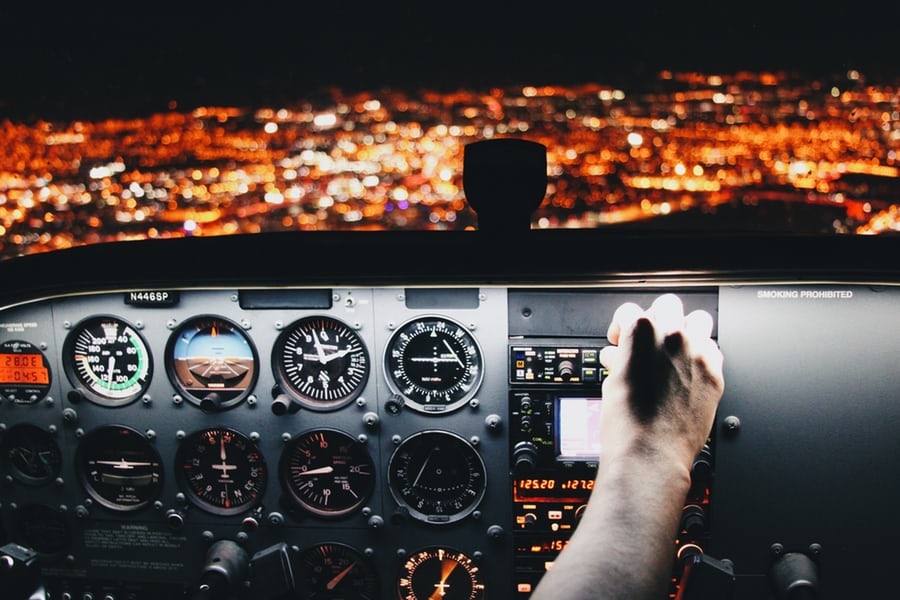 Do you dream of flying boxes in the sky? You're not alone. Cargo pilots have the benefit of their passengers being a little bit easier to get along with than the general flying public. After years grinding it out as a freight dog, cargo pilots earn a comfortable living flying for name brand freight carriers.

UPS Pilots on average earn between $120,000 - $300,000. As with other carriers, years of experience and hours flown per year directly impacts take home pay.

FedEx Pilots earn between $105,000 - $380,000 per year. Years of experience play a major role in FexEx pilot compensation - senior captains bring home the big bucks while flying the schedule of their choice. 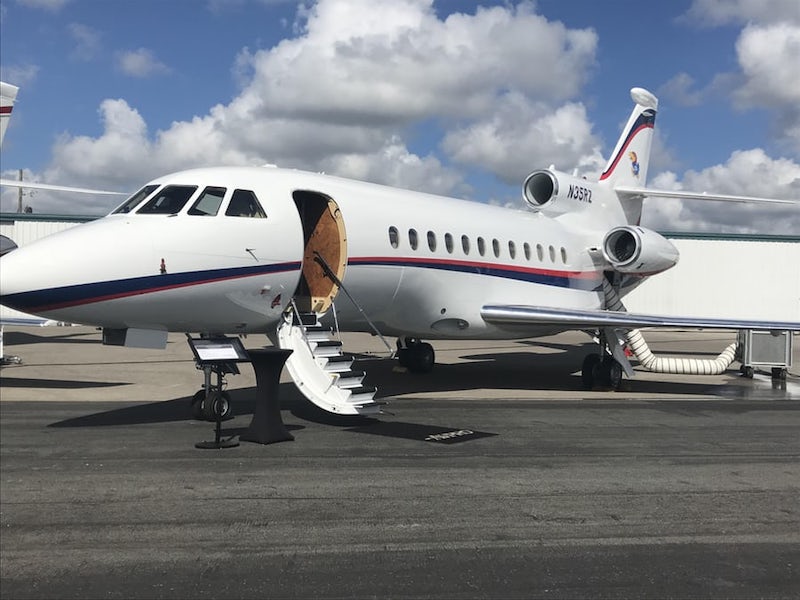 Corporate Pilot pay varies considerably from company to company. United States based corporate pilots can expect to earn between $45,000 - $120,000 per year depending upon years of experience and the type of aircraft flown.